The Docker Book: Containerization Is the New Virtualization 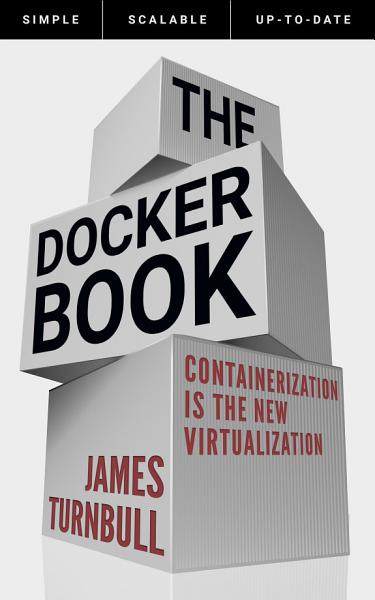 Updated for Docker Community Edition v18.09!Docker book designed for SysAdmins, SREs, Operations staff, Developers and DevOps who are interested in deploying the open source container service Docker. In this book, we'll walk you through installing, deploying, managing, and extending Docker. We're going to do that by first introducing you to the basics of Docker and its components. Then we'll start to use Docker to build containers and services to perform a variety of tasks. We're going to take you through the development lifecycle, from testing to production, and see where Docker fits in and how it can make your life easier. We'll make use of Docker to build test environments for new projects, demonstrate how to integrate Docker with continuous integration workflow, and then how to build application services and platforms. Finally, we'll show you how to use Docker's API and how to extend Docker yourself. We'll teach you how to: * Install Docker. * Take your first steps with a Docker container. * Build Docker images. * Manage and share Docker images. * Run and manage more complex Docker containers. * Deploy Docker containers as part of your testing pipeline. * Build multi-container applications and environments. * Learn about orchestration using Compose and Swarm for the orchestration of Docker containers and Consul for service discovery.* Explore the Docker API. * Getting Help and Extending Docker.